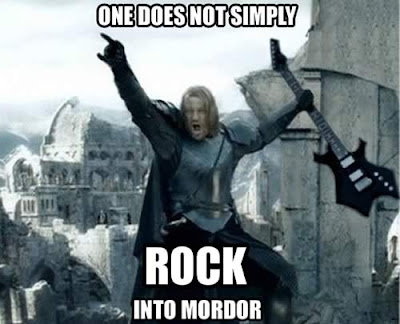 Maybe it just doesn't take that much for me, but I find this picture hilarious. And appropriate! In the tradition grand tradition of "spring cleaning," I am currently updating my iTunes for the new season. In the past year, I've realized how sick I've gotten of hip hop and have ditched all but my essentials, including Jurassic 5, "good" Jay-Z (take a hike, Kingdom Come!), Eminem, Dre, and Snoop.
I wasn't sure of it, but I'm adding The Dark Side of the Moon to my Nano. It's not music that I'd listen to in the car (unless I was going on a psychadelic road trip of some kind) but for the train ride home from Manhattan? Rock on, Floyd.
New additions also include the most recent Weezer album (I don't know what all the fuss is about, it's great) and a Who greatest hits album.
Times like this make me wish I still had my massive G4 iPod, but defective hardware ended that relationship real quick. Luckily, she had a younger, slimmer and hotter sister (the Nano if you don't get where I'm going with this). Holds less songs, but the price was right and it's far more portable. The video iPods however give me massive 'Pod envy, and I might have to splurge one of these days.
Happy Wednesday, Interweb!
Posted at 8:21 PM
Email ThisBlogThis!Share to TwitterShare to FacebookShare to Pinterest