The Color Yellow is Kicking Ass This Summer 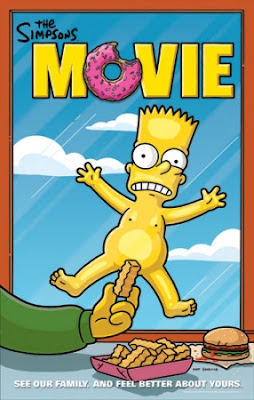 It's official: The Simpsons Movie is a box office juggernaut. Despite this weekend's release of The Bourne Ultimatum, which I have yet to see, Homer and the gang have raked in over $236 million worldwide, with a domestic weekend gross of 25.6 million.

This adds to a theory that I've had since Transformers came out of the gate with a $70 million plus opening weekend, which is that audiences are immediately drawn to yellow movie characters. Bumblebee? Yellow. Homer Simpson? Yellow. Read between the lines people!