Radiohead Returns to Form with In Rainbows 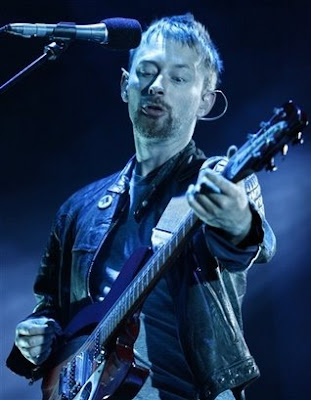 It’s taken me far too long to write a proper review of Radiohead’s new album In Rainbows, partially because I didn’t want to short-change it after a single listen. Or a second or a third. After spending some quality time with its 10 stripped-down tracks, I can safely say that In Rainbows is Radiohead’s strongest album since OK Computer.

Don’t get me wrong. I thought Kid A and Amnesiac were breakthrough albums worthy of their praise. But they also require the listener to be in the proper mood for them, and be able to sit down and appreciate the album as a whole. If “Like Spinning Plates” hits my ears when my iPod is on shuffle in the middle of my commute, chances are I’ll skip it. Not a fault, necessarily, but Radiohead's early work on Pablo Honey, The Bends and the aforementioned OK Computer is far more approachable and more, dare I say it, listener-friendly.

Like most people, I liken 2003’s Hail to the Thief to a melancholic funeral dirge. The energy just isn’t there for a vast majority of the album and the gang just seems bored. Even Thom's soulful vocals can't save most of the tracks from being depressingly dull.

Thankfully, In Rainbows rectifies its predecessor’s faults. Thom Yorke seems to have purged himself of his techno-demons with last year’s synth-heavy solo project The Eraser, giving guitarists Ed O’Brien and Jonny Greenwood plenty to do .

Favorite tracks? “Bodysnatchers” easily sits at the top, with its chaotic guitar distortions. I also liked the trippy “Faust Arp” and the socially critical “House of Cards.”

In Rainbows is Radiohead at the top of their game, mixing their best past sensibilities while at the same time moving forward musically.

Head on over to inrainbows.com and name your price for the download. Call it arrogance or generosity, but Radiohead is letting fans decide how much they’d like to pay for the album. A boxed version of the album, complete with a second CD, two vinyl records, artwork and a lyrics booklet will hit stores December 3rd. A standard version will be released in January.
Posted at 9:32 PM
Email ThisBlogThis!Share to TwitterShare to FacebookShare to Pinterest
Labels: Music, Wort Report Review