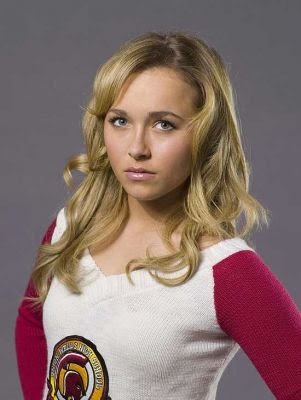 According to an editor's blog at TVGuide.com, this season of Heroes will be ending December 3rd due to the writer's strike that is sending shockwaves throughout Hollywood.

The episode in question was originally meant to cap the current 11-episode storyline. Instead, it is being rewritten to end the season for good unless the Writer's Guild of America (WGA) reaches an agreement soon.

I'll be the first to admit that this season of Heroes hasn't been stellar. The show is plodding at times, with overt levels of angst. It's also juggling far too many characters and storylines, and seems to be introducing even more of them each week. In the end, it's too much build-up and, from the look of things, it won't be building to much.

But I love this show. It's engaging even when it's frustrating, and it's brought some great characters to network television. And I look forward to watching them grow year after year. But a shortened season may put this show's future in jeopardy.
Posted at 5:01 PM
Email ThisBlogThis!Share to TwitterShare to FacebookShare to Pinterest