The End of an Unheroic Season 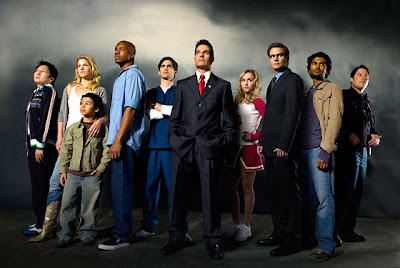 Season Two of Heroes may have been, without a doubt, some of the most disappointing television in recent years. After a stellar first season, Tim Kring and crew have succeeded in removing everything that actually worked last year and replaced it with characters and storylines that serve only to fill up space. And, due to the writer's strike, a shortened season means a lot of buildup and absolutely no payoff.

But does the blame fall squarely on the strike? Hardly. We accepted the slow build in Season One. It brought the characters together, explained their powers, developed relationhips and gave us everything we'd expect from an origin story. If Kring had read a comic book (he says he doesn't, and most fans now believe him), he'd realize that once you get past the origins, a superhero story generally moves forward. Not at all the case here. Instead, this season negated just about everything that was accomplished in Season One. Sylar is still alive, the characters are still angsty, Peter doesn't know who he is (can we please ditch amnesia storylines?), and Hiro is wandering around feudal Japan which in NO WAY looks like northern California. And it all comes smashing together like some sort of glorious superpowered trainwreck in the final episode of the season, which aired tonight. Yep, two heroes are killed off (you won't miss them), Sylar escapes (again), and everyone is still angsty. I kind of wish Spider-Man 2 didn't make superheroes so damned sensitive. 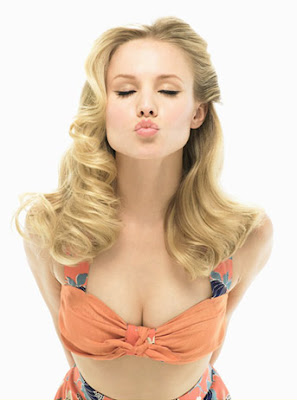 I will say, however, that Kristen Bell is a great addition to the show. Not only is she gorgeous (see right), but she's obviously having fun in the role of Elle, a repressed, electricity-charged, sexy sociopath. What a combo. I hope to see more of her in Season Three. Assuming there is one after the inevitable fan backlash of tonight's finale.
Posted at 11:41 PM
Email ThisBlogThis!Share to TwitterShare to FacebookShare to Pinterest
Labels: TV