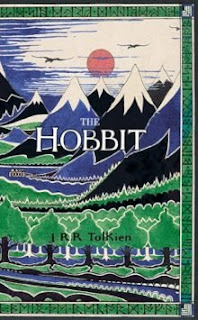 I haven’t been this shocked by the Internet since two girls found one cup.

The Lord of the Rings director Peter Jackson, New Line Cinema and MGM Studios announced earlier today that a big-screen adaptation of J.R.R. Tolkien’s The Hobbit is officically in the works, with Jackson and his team at the reins. Jackson and his partner Fran Walsh are set to executive produce The Hobbit, in addition to a follow-up film that will act as a bridging chapter to the original Academy Award-winning trilogy.

“Peter Jackson has proven himself as the filmmaker who can bring the extraordinary imagination of Tolkien to life and we full heartedly agree with the fans worldwide who know he should be making ‘The Hobbit,’” said Harry Sloan, MGM’s Chairman and CEO in a press release which can be read here. “Now that we are all in agreement on ‘The Hobbit,’ we can focus on assembling the production team that will capture this phenomenal tale on film.”

The Hobbit and its sequel are scheduled to begin filming simultaneously in 2009 with release of the two films slated for 2010 and 2011. A director has not yet been announced.

For fans of the books and the previous films, this news should come as an early Christmas gift. However, it also raises some interesting questions. Will Jackson and company be able to successfully convey the somewhat lighter tone of The Hobbit? And what of this vague sequel? Will it be an entirely new tale, or will it delve into the many ancillary (and often confusing) volumes of Middle Earth lore?

For up-to-date info on all things Tolkien, head over to theonering.net.
Posted at 10:24 PM
Email ThisBlogThis!Share to TwitterShare to FacebookShare to Pinterest

YES!!! i have heard wispers of Peter Jackson doing The Hobbit and now its confirmed!!! James,what are you doing three yers from now? Mandate 2011? its on!