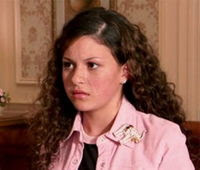 While cult classic television series Arrested Development was unceremoniously canned by Fox executives after just three seasons on February 10, 2006, the Internet has been abuzz with rumors about the Bluth family's possible return in the form of a full-length motion picture. The show's stars have been pretty secretive about the project thus far, but Alia Shawkat—who played Maeby Funke—shared some interesting details in a recent Radar interview. Here's an excerpt:

"I got a call from Mitchell Hurwitz, the creator, and he said 'so have you heard about this movie we're supposedly doing?' and I said yes. And he said he was in and it was great. And Jason [Bateman], when he was doing all the Juno press, he basically just talked up [Arrested Development] the movie. He got the publicity going before anything was real. So Mitch talked to Ron Howard, who said he would direct it, and he's down. So I think Mitch was like, 'I guess I'll write it then,' and that's what I think he's doing now. And yes, I'm involved. I think everyone is."

So I guess this confirms that they're maybe, sort of, all agreeing to be involved with the Arrested Development film. Not exactly earth-shattering, I know. But hey, if the movie thing doesn't work out, at least there's always money in the banana stand.
Posted at 10:01 AM
Email ThisBlogThis!Share to TwitterShare to FacebookShare to Pinterest