Dreaming of a Wii Christmas? 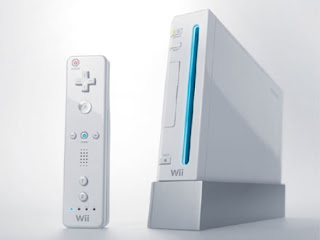 For the third holiday season since the release of the Wii, Nintendo expects that supply of the popular system may not reach its continuously strong demand, the Los Angeles Times reports.

"We're flowing products into stores on a very regular basis,” said Nintendo of America president Reggie Fils-Aime. “Once you see it on the shelf, you ought to buy it. While we're bringing 50% higher level of supply into the market this holiday, we don't know if the demand will be even higher than that.”

In the same interview, Fils-Aime told the Times that the worldwide and domestic economic crisis has done little to affect strong sales of the system.

"We have not seen any negative impact. The sales data show both the Wii and the DS up in September over a year ago,” he said. “The Wii continues to be largely sold out at retail. We know consumers see our form of entertainment as a strong value because the entire family can play and because each game has more than 50 hours of play time.”

That’s all well and good, but I advise gamers to have a look at the Wii’s release slate for the upcoming holiday season. There’s Wii Music—which is being savaged by the gaming press—and, well, little else. Now look at the lineup for Playstation 3 and Xbox 360. Fable II, Left 4 Dead, Resistance 2, LittleBigPlanet, Fallout 3, Gears of War 2…need I go on? I, for one, wish that the folks at Nintendo would worry more about developing quality games and less about manufacturing false demand.

Did I say false demand? Yep. Don’t believe this hardware shortage hype for a moment. Nintendo absolutely has the production capabilities to get enough Wiis onto shelves so that anyone that wants one can buy one. After all, they’ve been in the hardware business longer than either of their current-gen competitors. Perhaps creating an artificial product shortage disguises the fact that the system hasn't had more than a handful of noteworthy games since its 2006 release.

Nintendo may have the “casual” market locked up with their gimmicky “wiggle the controller” titles, but I know that the system has more to offer than just that. I love the fact that the Wii has done wonders in getting new people into the hobby, but Nintendo has made little effort to sustain that audience. Once the initial “wave your arms like an idiot” euphoria wears off, most Wii owners will find themselves browsing Nintendo’s back catalog with the Virtual Console to get a taste of what the company was like when it cared more about “game design” than appealing to “non-gamer” consumers. When a video game company tosses aside the people who actually care about the medium in favor of those who don’t, Mario weeps. Luigi, however, remains indifferent. He's a jerk.
Posted at 6:53 PM
Email ThisBlogThis!Share to TwitterShare to FacebookShare to Pinterest
Labels: Nintendo, Wii