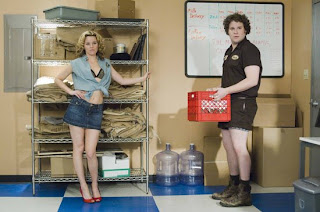 The title pretty much says it all. Zack (Seth Rogen) and Miri (Elizabeth Banks) are lifelong best friends and roommates who are in dire straits financially. At their high school reunion, Miri runs into her old crush Bobby Long (Brandon Routh), and unrelentingly hits on him until she realizes that the former high school football star is hardly interested. These days, he’s a gay porn actor, alongside his lover Brandon (Justin Long). All this talk about having sex on film for money gives Zack an idea: what if he and Miri made their own adult film to solve their money woes? Miri is keen to the idea, despite never having slept with Zack in all the years of knowing each other for fear of ruining the friendship. However, sparks start flying when they start getting ready to film their big scene, and they discover that they have feelings for one another that they never knew existed.

As raunchy as Zack and Miri is—complete with consistently foul language and some visual gags that I probably would have rather not seen—there’s a love story buried underneath the bodily fluids and fecal matter. Smith has always been able to strike a balance between smut and sentiment, but this film is surprisingly adult given its sophomoric premise. With Zack and Miri, it's obvious that Smith has matured as a filmmaker, but that doesn’t mean he’s outgrown dick jokes and Star Wars references. Thankfully.