Reflecting on The Dark Knight 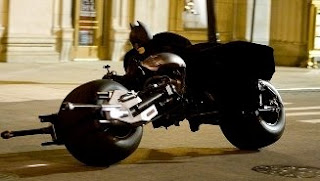 Like many comic book fans and movie buffs, my favorite film of 2008 is Christopher Nolan’s The Dark Knight, a sequel that not only far surpasses its predecessor, 2005’s Batman Begins, but has cemented itself as the best comic book-inspired film to date. Hitting DVD and Blu-ray on Tuesday, December 9, The Dark Knight is surely on heavy rotation in more than a few living rooms, but does this wildly popular blockbuster stand up to repeated viewings on a smaller screen?

When Batman Begins hit theaters three summers ago, it was lauded for being a massive step up from Joel Schumacher’s embarrassingly campy Batman & Robin. Nolan’s real-world franchise reboot took the character back to his darker roots—taking significant cues from Frank Miller’s acclaimed Batman: Year One—demanding that movie audiences once again take this character seriously. Anchored by an impressive cast including Christian Bale, Michael Caine, Morgan Freeman, Gary Oldman and Liam Neeson, Batman Begins assured fans that the denizens of Gotham City had a bright cinematic future with Nolan at the helm.

Released on July 18 in North America, The Dark Knight quickly shattered box office records, becoming the second-highest grossing domestic film of all time and garnering massive amounts of critical praise. Audiences paid particular attention to the late Heath Ledger's brilliant portrayal of the Joker. The New York Times’ Manohla Dargis writes that Ledger’s Joker “is a creature of such ghastly life, and the performance is so visceral, creepy and insistently present that the characterization pulls you in almost at once."

Indeed, this new take on the Joker is a far cry from Jack Nicholson’s more humorous take on the character in Tim Burton’s Batman, released in 1989. Cold and calculating, with smeared clown makeup, stringy green-tinged hair and his face scarred into a permanent shark-like grin, the Joker has emerged as one of the most iconic screen villains in history. Through this character, the film explores the relationship between order and chaos, with the anarchic Joker measured against an increasingly stoic Bruce Wayne/Batman—once again played by Bale—who is fast learning his limits as Gotham City’s masked protector. Throughout the film, Nolan proves why Batman and the Joker are so effective as adversaries, and uses their combative relationship as a means to explore real-life issues of right and wrong, whether they be personal, political or otherwise.

In addition to that central conflict between Batman and the Joker, the journey of Harvey Dent (Aaron Eckhart) from "white knight" district attorney to gun-toting psychopath is also a fascinating one, illustrating the degenerative impact chaos can have on the best of us. "Madness is a lot like gravity," the Joker explains. "All it takes is a little push."

At its base, The Dark Knight is not only a pitch-perfect comic book adaptation, but it may be one of the best morality tales to penetrate pop culture in recent years. It certainly doesn't hurt that it's enormously entertaining, and maintains a level of intensity that doesn't dissipate until the closing credits.

So is The Dark Knight more than a staggeringly successful summer blockbuster? It sure is. Does it warrant repeat viewings? Absolutely. Its mature dissection of ethical dichotomies is further proof that comic books can and should be fully embraced by mainstream culture, which once looked down its nose at the medium as a low-brow, childish diversion. These days, those who once ignored comic books and the movies based on them are lining up at Best Buy with Blu-ray copies of The Dark Knight tucked under their arms. As the Joker says to the Caped Crusader in the film, “you’ve changed things.” Indeed, he has.
Posted at 6:57 PM
Email ThisBlogThis!Share to TwitterShare to FacebookShare to Pinterest
Labels: DC Comics, DVD, Movies, The Dark Knight

I already know I'm getting a Blu-Ray player and The Dark Knight for Christmas. Yet, earlier this week, my Dad asked me to help him out in picking out a new flat screen TV and Blu-Ray player for his den. He ended up buying a copy of The Dark Knight himself and after installing everything for him, I popped in the film to make sure everything worked. Two minutes in, I instantly got excited from the opening sequence. I had to stop it, since I didn't want to spoil from my future experience. Suffice to say, I'm excited to see if all over again.