Are Video Games a Dangerous Addiction? 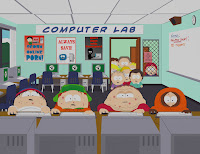 A study published April 20 in the journal Psychological Science suggests that nearly one in 10 gamers ages eight to 18 may be addicted to video games, exhibiting at least six of 11 alarming addiction symptoms such as skipping chores to play games, poor performance in school due to excessive play and playing games to escape reality.

USA Today’s Game Hunters blog reports that these symptoms could indicate pathological addiction, similar to that of a gambler. The research, funded by the National Institute on Media and the Family, also found that pathological gamers were twice as likely to have been diagnosed with an attention-deficit disorder and have health problems worsened by extended play, including hand and wrist pain.

However, report author Douglas Gentile, director of the institute, writes that the study “yields far more questions than answers.” He adds that this issue clearly requires more research, “with almost one out of 10 youth gamers demonstrating real-world problems because of their gaming.”

As a gamer, this research is pretty troubling to me, but if video games are in any way detrimental to young people then I fully support further study on the issue. While I often scoff at charges that the Entertainment Software Rating Board (ESRB) is ineffective or that violent video games marketed toward adults are turning our children into bloodthirsty killing machines, it’s clear that video games can be and often are addictive. When that world encroaches on real-life responsibilities, it’s definitely problematic.

And just like anything else, a video game is best enjoyed in moderation. Unless, of course, it's really good, in which case you should probably call in sick from work for a few days, turn off your phone, neglect your loved ones and subsist entirely on a strict diet of Top Ramen and Red Bull so you can play unfettered.

Kidding. Sort of.
Posted at 11:55 AM
Email ThisBlogThis!Share to TwitterShare to FacebookShare to Pinterest
Labels: Video Games