Okay, so that leaked workprint of X-Men Origins: Wolverine didn’t exactly do the film any favors in the weeks leading up to its May 1 release. Despite 20th Century Fox’s best efforts to combat piracy, anxious movie fans were able to illegally get their hands on the unfinished film and were hardly shy about sharing their disapproval with the world. Indeed, the claws came out. 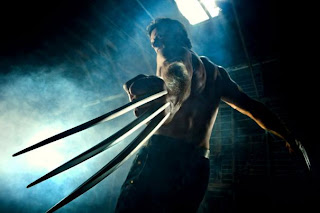 To boost ticket sales and counter any damage the notorious leak may have caused, Fox is trying another strategy: gimmickry. FirstShowing.net reports that Wolverine will feature multiple endings on different prints of the film, meaning that viewers will have to see it multiple times in different theaters to see it all. At least one of the endings features Deadpool, whose treatment in the film was a sore subject among comic book fans long before the workprint hit the Web.

Giving fans an incentive to keep coming back is a novel idea, but if the film itself doesn’t deliver then tacking additional footage onto the ending probably won’t encourage repeat business. If it’s crap, we won’t want more of it.

I’m trying to avoid the negative buzz swirling around Wolverine, but the overcrowded trailers and television spots aren’t helping me stay optimistic about it. If this is a “solo” film, then why does it seem to have more X-Men characters than any of the actual X-Men films? This movie should have focused on the central conflict between Logan and his archrival Sabretooth, using the Weapon X program as a backdrop. Shoving Gambit, Blob, Emma Frost, Cyclops and quite a few others into the mix as fan service just makes the narrative cluttered if handled improperly. Still, I’ll be seeing Wolverine this weekend with a relatively open mind and hope for the best.

In other unfortunate Wolverine news, it seems as though the clawed Canuck has fallen victim to swine flu despite his mutant healing powers. Reuters reports that theater chains will not be releasing Wolverine in Mexico this weekend in light of the outbreak, which has killed up to 149 people in the country. Authorities are trying to limit large gatherings in public places in an effort to control the epidemic, which may delay the film's Mexico release for several weeks.
Posted at 11:20 PM
Email ThisBlogThis!Share to TwitterShare to FacebookShare to Pinterest
Labels: Marvel Comics, Movies