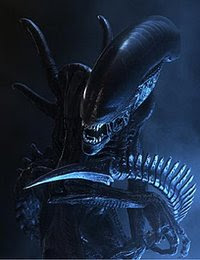 Please make it stop. Apparently, 20th Century Fox is planning on a reboot to its Alien franchise, which would take place prior to Ridley Scott’s 1979 original.

In an interview with Collider.com’s Steve “Frosty” Weintraub, Ridley’s brother Tony Scott (The Taking of Pelham 1 2 3), revealed that relatively unknown director Carl Rinsch is in line to helm the project.

Another Alien movie makes sense from a financial standpoint, I suppose. Scott’s film and James Cameron’s 1986 follow-up, Aliens, are two of the most revered science fiction films of all time. Since then, however, sequels have ranged from mediocre (Alien: Resurrection) to downright terrible (both Alien vs. Predator movies). Fox hasn’t known how to properly handle this property for over two decades, so why would anyone be the slightest bit excited about a prequel, of all things?

Furthermore, one of the things that made the original Alien so cool was that we knew absolutely nothing about this terrifying creature. A prequel film would shatter that mystique. And, knowing Fox, it’ll be rated PG-13 to cement lucrative tie-ins with 7-Eleven and Taco Bell. I bet you can’t wait to taste the Facehugger Fiesta Bowl.
Posted at 5:34 PM
Email ThisBlogThis!Share to TwitterShare to FacebookShare to Pinterest
Labels: Movies