A Wolverine Sequel in Japan? 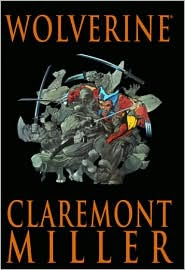 X-Men Origins: Wolverine hits theaters today—and if you’re like me, you saw it at midnight—but star Hugh Jackman told MTV News that he’s already thinking about a sequel, which would take the character to Japan.

Apparently, the film would loosely adapt Chris Claremont and Frank Miller’s Wolverine mini-series, which ran in 1982.

“There are so many areas of that Japanese story,” Jackman said. “I love the idea of this kind of anarchic character, the outsider, being in this world—I can see it aesthetically, too—full of honor and tradition and customs and someone who’s really anti-all of that, and trying to negotiate his way. The idea of the samurai, too—and the tradition there. It’s really great.”

Unfortunately, despite Jackman’s continually excellent portrayal of the character, the first Wolverine effort never comes close to “really great.” If Jackman is serious about continuing this franchise, the second film needs to be approached very differently.

As I mentioned on my Twitter page just moments after returning from the theater, Wolverine isn’t necessarily terrible but the third act is a total mess. Judging by the chorus of boos following the screening, I’m not alone in my assessment.

It wasnt booing so much as painful groans.

p.s. your new "reaction" section dosnt leave a whole lot of room for negitivity does it

Oh, there were groans and boos, but "chorus of groans" just doesn't have that ring to it.

I should switch it up and include nothing but negativity in those reaction boxes. I'd probably prefer it.