Will Bryan Singer Return to X-Men? 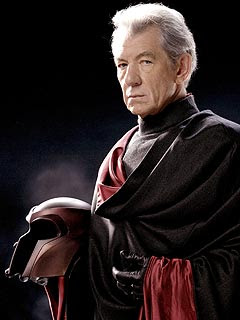 Finally, some good prequel news. Director Bryan Singer—who helmed the first two X-Men films—told Total Film (as reported by the Coventry Telegraph) that he’s interested in returning to the series with X-Men Origins: Magneto. Singer left the franchise to direct 2006’s Superman Returns, leaving X-Men: The Last Stand in the hands of Brett Ratner. As we all know, that third installment in the series received mixed reviews from fans and critics, as did Gavin Hood’s mediocre X-Men Origins: Wolverine, which opened this year.

When asked if he would return for another X-Men film, Singer said in the interview that he “would love to return to that universe.” He later added, “The only thing that concerns me about Magneto is that if the prequel were to follow the track I used in X-Men, which is Magneto's history in the concentration camp, then I've lived in that world.”

"Apt Pupil, X-Men and now Valkyrie...I've lived in that Nazi universe for quite a while. I just might need to take a little break before I do something like that."

In other words, a Singer-directed Magneto film might happen, but not just yet. The Coventry Telegraph notes that the Magneto project has yet to move forward officially.

While some may disagree, I rank Singer’s X-Men films among the best comic book film adaptations, and I would love to see him tackle Magneto’s backstory. Singer already gave us a glimpse of a young Magneto (then Erik Lehnsherr) as he was torn away from his parents in a Nazi concentration camp at the beginning of the first film. Why not let him expand on that?

Or, we could always go the Wolverine route and throw in Dazzler as the USO girl who rescues Magneto—played by Zac Efron—from the gas chamber through the power of dance. You could even cast Lady Gaga and include her sure-to-be hit single “Magnetic” on the soundtrack.