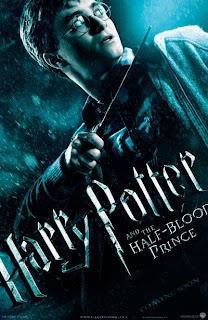 I came into the whole Harry Potter phenomenon relatively late. I didn’t really get interested the movies until Prisoner of Azkaban hit theaters in 2004, and it wasn’t until the final book was released in the summer of 2007 that I actually read the series.

That said, I think Harry Potter—in book and movie form—is a great example of approachable fantasy storytelling. While the mythos hardly rivals that of J.R.R. Tolkien’s more complex Lord of the Rings trilogy, J.K. Rowling has crafted an appealing fantasy world that both children and adults can appreciate. Plus, it’s really hard not to respect something that’s getting millions of young people around the world hooked on reading. That makes it the best kind of gateway drug.
Posted at 3:48 PM
Email ThisBlogThis!Share to TwitterShare to FacebookShare to Pinterest
Labels: box office, Harry Potter