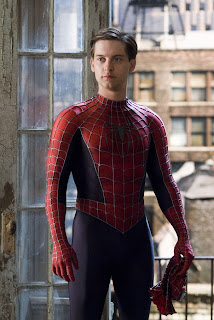 In terms of Marvel superheroes, we’re probably all anticipating Iron Man 2 (2010) just a bit more than Spider-Man 4 after the web-slinger’s last cinematic adventure two years ago disappointed pretty much everyone in the known universe (or at least anyone who’s ever picked up a comic book). But, Variety reports, Columbia Pictures and Marvel Studios are preparing to redeem this franchise in the hearts and minds of movie fans with the next installment in the blockbuster series, which is slated to begin production early next year. Sam Raimi will return to direct with Tobey Maguire reprising the title role.

The Spider-Man 4 script was originally penned by James Vanderbilt (Zodiac) and later turned over to David Lindsay-Abaire (Robots, Inkheart) for rewrites. According to Variety, the script will be rewritten again by Gary Ross, who directed Maguire in Pleasantville (1998) and Seabiscuit (2003).

We still have zero idea who Spidey will be squaring off against in the next installment, but I think everyone is in agreement that when it comes to villains in these movies, less is more. Shoehorning Venom—one of Spider-Man’s most popular villains in the 1990s—into Spider-Man 3 wasn’t fan service: It was insulting, and the already crowded film (introducing Sandman, Green Goblin II and Gwen Stacy) suffered as a result. After the phenomenal Spider-Man (2002) and Spider-Man 2 (2004), this series deserves far more than what it got last time around. Let’s hope this apparent attention to the script pays off.

Spider-Man 4 is scheduled for release in 2011.
Posted at 9:30 PM
Email ThisBlogThis!Share to TwitterShare to FacebookShare to Pinterest
Labels: Marvel Comics, Sam Raimi, Spider-Man