James Vanderbilt to Write Spider-Man 5 and 6 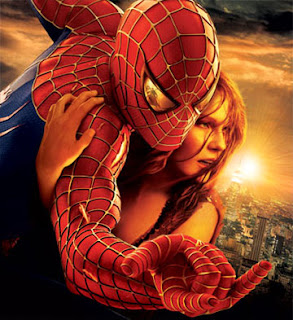 Are your writer senses tingling? If so, it’s probably because Sony Pictures has hired James Vanderbilt (Zodiac) to pen Spider-Man 5 and Spider-Man 6. Variety reports that the films will have an interconnected storyline.

Vanderbilt was first enlisted to write Spider-Man 4, but director Sam Raimi brought on David Lindsay-Abaire to rewrite the script. That version of the script is now being rewritten by Gary Ross. Spider-Man 4 will start production early in 2010 for a May 2011 release.

It’s unknown at this point whether Raimi and franchise stars Tobey Maguire and Kirsten Dunst will be returning for the fifth and sixth installments, as they are not signed on for films beyond Spider-Man 4. If the stars don’t return, according to Variety, Vanderbilt’s two-part story could serve as the basis for a series reboot.

I’m getting a little tired of Hollywood’s obsession with reboots these days, but having a new director and some fresh faces in the cast might prompt Sony to work out a deal with Marvel Studios, getting Spider-Man involved in their continuing series of interconnected crossover films. Who wouldn’t want to see Spidey fight alongside Iron Man, Captain America or the Hulk onscreen?
Posted at 8:52 PM
Email ThisBlogThis!Share to TwitterShare to FacebookShare to Pinterest
Labels: Marvel Comics, Sam Raimi, Spider-Man