Not to be outdone by last week’s news that Disney is acquiring Marvel Entertainment, Warner Bros. Entertainment Inc. announced on September 9 the creation of DC Entertainment, which will improve promotion of the DC Comics brand and its characters through Warner Bros. films, television, video games and merchandising. Essentially, this newly formed subsidiary ensures that we’ll be seeing a lot more of Superman, Batman, Wonder Woman and other DC luminaries in the near future. 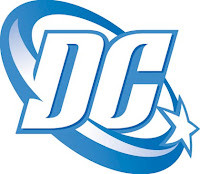 Like the Disney/Marvel deal before it, I view the creation of DC Entertainment as beneficial to the comic book industry as a whole. Aside from Batman, Warner Bros. hasn’t been able to fully capitalize on other DC properties as of late. The Superman movie series stalled after 2006’s Superman Returns, while a big-screen Wonder Woman adaptation has never managed to get off the ground. These are iconic characters that deserve the proper cinematic treatment, and there’s no reason why a modern Superman film couldn’t be just as good—or as well received—as Christopher Nolan’s The Dark Knight.

“The founding of DC Entertainment fully recognizes our desire to provide both the DC properties and fans the type of content that is only possible through a concerted cross-company, multi-platform effort,” Nelson said in a statement. “DC Entertainment will help us to formally take the great working relationships between DC Comics and various Warner Bros. businesses to the next level in order to maximize every opportunity to bring DC’s unrivalled collection of titles and characters to life.”