The Trailer for the Elm Street Remake Hits the Web, Haunts Your Dreams 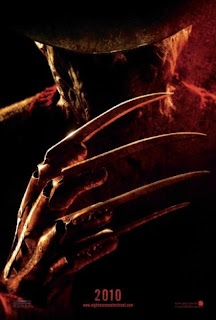 I wouldn’t necessarily call myself a proponent of the current wave of reboots, remakes and reimaginings—save for J.J. Abrams’ Star Trek and a few other standouts—but I’m liking what we’ve seen thus far from the new take on A Nightmare on Elm Street that’s hitting theaters next year. After watching the trailer, which has been posted on MySpace, you might too.

In the teaser, we get our first look at Jackie Earle Haley (Watchmen, Little Children) as razor-gloved supernatural killer Freddy Krueger. While former Freddy Robert Englund will certainly be missed, director Samuel Bayer seems to be making this character truly frightening for the first time since Wes Craven’s 1984 original.

As much as I value the original franchise I first saw when I was a kid, chances are I'll still see this in theaters. I saw the Friday the 13th reboot and thought it was "okay" at best. But there comes a time when I want a new horror franchise instead of remakes. The Saw series should have stopped at part III. As for this film, it seems it will stay true to the original film, considering many scenes in the trailer mimic the first film. And I do like Jackie Earle Haley in Watchmen and Little Children. It's weird that he's come a long way from his "handsome yet rebellious" days in the 1970s in the Bad News Bears films.

Brad, I didn't even realize Jackie Earle Haley was in Bad News Bears until after I saw Watchmen. Imagine my surprise!