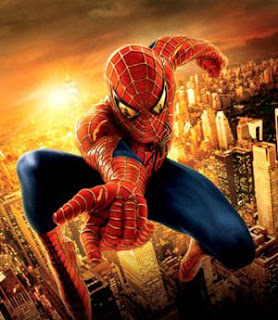 Like most comic book geeks with a keyboard and a digital soapbox, I have a hard time writing about anything related to the Spider-Man movies without first mentioning what a missed opportunity Spider-Man 3 was. So let me get this out of the way early: Spider-Man 3 sucked.

There. That felt good.

I should add that I in no way blame director Sam Raimi for how that film turned out—the end product reeked of studio meddling that was likely out of his hands. Fortunately, Raimi is well aware of the fan backlash and, as reported by the Coventry Telegraph, he’s going to make sure that film’s mistakes are not repeated in the next installment.

The one misstep Raimi is addressing up front is the number of villains. Last time, Spidey took on three baddies —Sandman, Green Goblin II and Venom—and the film suffered as a result. But, on a positive note, more characters helped Hasbro sell a lot more action figures.

“I think having so many villains detracted from the experience. I would agree with the criticism,” said Raimi. “I think I've learned about the importance of getting to the point and the importance of having limitations, and I'm hoping to take that into a production where I'm actually allowed to explore with more of the tools to pull it off with a little more splendour.”

He added, “I hope I don't lose that edge that I've just found. That would be my approach to Spider-Man 4: to get back to the basics.”