DC Comics’ official blog, The Source, has been posting some major announcements this week about the company’s plans for 2010. Next year, readers can look forward to new beginnings for Batman and Superman, a massive war between Earth and New Krypton and the return of Bruce Wayne.

Oh, and we get to see Batman dressed up as a pirate. Confused? Read on.

Superman: Earth One (J. Michael Straczynski, Shane Davis) and Batman: Earth One (Geoff Johns, Gary Frank) are graphic novel retellings of the heroes’ earliest days in an entirely new, shared continuity. So, in essence, DC is rebooting these characters for new readers without disrupting established canon.

“Batman: Earth One allows Gary and I to break the restraints of any continuity and focus on two things: character and story,” said Johns.

Straczynski will take a similar approach.

“What I’m trying to do is to dig in to the character and look at him through modern eyes. If you were to create the Superman story today, for the first time, but keep intact all that works, what would it look like?”

War of the Supermen, which promises to shake things up considerably for the Man of Steel, kicks off May 1, 2010—Free Comic Book Day.

“War of the Supermen is the culmination of literally years of stories in the Super-books, all building to a destructive conflict which can have no victors,” said DC’s Superman Group editor Matt Idels. “This Free Comic Book Day #0 issue is going to show the readers that no cows are sacred, and that they don’t want to miss this event.” 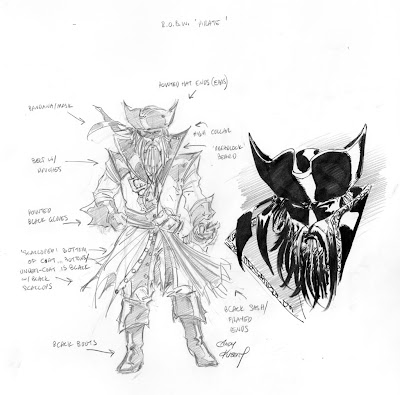 The Caped Crusader and his swashbuckling duds tie into Batman: The Return of Bruce Wayne, which kicks off in April. Presumed dead after Final Crisis, Bruce Wayne is lost in time, and is fighting his way back to present-day Gotham City. It sounds cheesy—and it pretty much is—but keep in mind that Grant Morrison, who has done tremendous work on Batman and Robin, is writing this six-issue mini-series. The Dark Knight’s in good hands.

Click here if you want to see Bruce Wayne as a caveman, which actually makes some sense considering his history with, well, caves.
Posted at 11:09 AM
Email ThisBlogThis!Share to TwitterShare to FacebookShare to Pinterest
Labels: Batman, DC Comics, Superman