Just days after the first teaser poster for Iron Man 2 hit the Web, Empire unveiled the film’s international teaser poster, which shows Tony Stark (Robert Downey Jr.) suited up, unmasked and pissed off. This poster is likely meant to reflect the sequel’s darker tone, but let’s be honest: superhero angst is where it’s at these days. 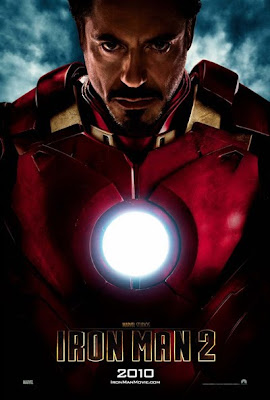 It’s not quite as cool as the domestic teaser—which gave us our first look at James “Rhodey” Rhodes (Don Cheadle) in his War Machine armor—but it does the job. After the success of the first Iron Man, it’s not like the sequel is a hard sell.

Iron Man 2 hits theaters May 7.
Posted at 9:00 AM
Email ThisBlogThis!Share to TwitterShare to FacebookShare to Pinterest
Labels: Iron Man 2