Avatar Becomes the Biggest Movie of All Time 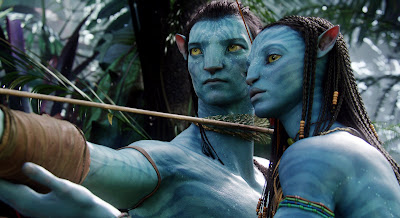 Does this mean Cameron has to send himself a congratulatory fruit basket?

In the U.S., the film has earned $551.7 million since its December 18 release, beating The Dark Knight’s record $533.3 over the weekend. That means Avatar is just $49 million shy of Titanic’s record $600.8 million.
Posted at 3:07 PM
Email ThisBlogThis!Share to TwitterShare to FacebookShare to Pinterest
Labels: Avatar, James Cameron, The Dark Knight