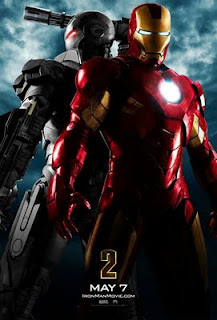 Marvel Entertainment and Paramount Pictures announced on January 14 that Jon Favreau’s Iron Man 2 will open in IMAX theaters simultaneously with its worldwide release on May 7. The IMAX version of the film will be digitally re-mastered using IMAX DMR (Digital Re-Mastering) technology.

“The success of the first Iron Man movie catapulted the franchise from the comic books to theatre screens, and we're excited that the IMAX format will offer fans an even more immersive way to experience the sequel," said Marvel Studios CEO Tim Connors in a statement.