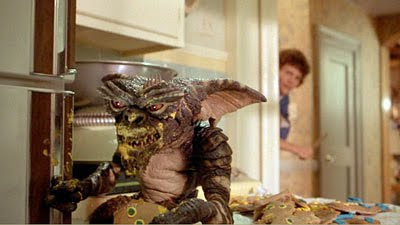 I’m not sure how true any of this is, so let’s approach this news/rumor with caution. MarketSaw reported on January 24 that a third Gremlins film is being discussed, and that it might be screened in “stereoscopic 3D.”

So, this would mean we’re getting a 3D Gremlins movie more than two decades after the hugely underrated Gremlins 2: The New Batch hit theaters. Given Hollywood’s obsession with rebooting and revitalizing the franchises of yesteryear, this news wouldn’t come as a huge shock.

But let’s keep in mind that MarketSaw also “broke the news” that a 3D Star Wars sequel trilogy was on its way. In other words, they’re often full of it.

Joe Dante—who directed the first two Gremlins films—has already responded to the widely circulating rumor, telling MTV News that he doesn’t “know of anything officially that’s going on” with the dormant horror/comedy series. Could this news be completely false? Or is Warner Bros. moving forward on a third movie without Dante?

Personally, I don’t see any reason why a third Gremlins wouldn’t work, provided that it has the proper tone, Dante is on board and that the gremlins themselves remain puppets for the most part. Otherwise, the film would lack much of the charm that made the first two films so fun.

As for Dante, he told MTV that he’s open to revisiting Gremlins, but he’s “not sitting by the phone.”
Posted at 5:55 PM
Email ThisBlogThis!Share to TwitterShare to FacebookShare to Pinterest
Labels: Gremlins, Joe Dante

The 3rd gremlins movie not only has to be dark and true like the first film and not the second film but it has to have a 1980s feel to it with animatronic and puppets on Gizmo & the gremlins and no CGI/3D on them.