In a Los Angeles Times piece, director Christopher Nolan confirmed earlier reports that Warner Bros. has enlisted him to oversee production on a Superman reboot, acting as a producer and a mentor to the film’s as-yet-unnamed director. The film, which might or might not be called The Man of Steel, will be based on a story by Nolan and his frequent writing collaborator David S. Goyer.

“It’s very exciting; we have a fantastic story,” Nolan said. “And we feel we can do it right. We know the milieu, if you will, we know the genre and how to get it done right.” 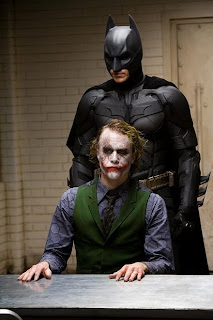 While we probably shouldn’t expect Nolan to take the “dark and gritty” route with the Man of Steel, as he did when he successfully revived the Batman film franchise with Batman Begins and The Dark Knight, he will likely keep the film relatively grounded, even if the title character tends to shoot lasers from his eyes and leap tall buildings in a single bound.

“We’re approaching it in a not dissimilar way in terms of trying to find an incredible story in a way that audiences can engage with it the way they engage with contemporary action films,” Nolan told the LA Times. “I think David’s approach is a very good way of doing just that.”

As for the Dark Knight sequel, Nolan has yet to confirm whether or not he’s directing, but he said his brother Jonathan is “now doing the hard work” in writing a script based on Goyer’s story idea. Nolan’s still tight-lipped about story details, but he did reveal who the villain won’t be.

After the critical and commercial success of The Dark Knight, it’s likely that Warner Bros. will want to keep churning out sequels (at least until the franchise is rebooted yet again). But as far as Nolan is concerned, this story is a trilogy.

“Unlike the comics, these things don’t go on forever in film and viewing it as a story with an end is useful,” Nolan explained. “Viewing it as an ending, that sets you very much on the right track about the appropriate conclusion and the essence of what tale we’re telling. And it harkens back to that priority of trying to find the reality in these fantastic stories. That’s what we do.”

And they certainly do it well.
Posted at 9:33 PM
Email ThisBlogThis!Share to TwitterShare to FacebookShare to Pinterest
Labels: Batman, Christopher Nolan, David Goyer, Superman, The Dark Knight