Next Wolverine Flick Shoots in 2011 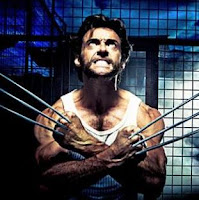 If you saw X-Men Origins: Wolverine, I’m pretty sure you were disappointed by it. If you weren’t, you really need to stop lying to yourself.

But even if you loathed the film for its poor handling of fan-favorite comic book characters (Deadpool and Gambit, for example) or its vehement disinterest in movie series continuity (that’s Sabretooth?), you should probably be at least a little excited that a sequel is on the way. Hey, at least these movies can’t get any worse. Filmmakers, please don’t mistake that for a challenge.

According to The Hollywood Reporter, Christopher McQuarrie (X-Men, Valkyrie) has finished a script based on Chris Claremont and Frank Miller’s phenomenal 1982 Wolverine mini-series, which chronicled the clawed Canuck’s adventures in Japan. Hugh Jackman will once again play the title role, and the film is scheduled to begin shooting in January of next year. No director has signed on to the project.

“It’s a beautiful story,” an unnamed source told THR, “and will be very different than the first film.”