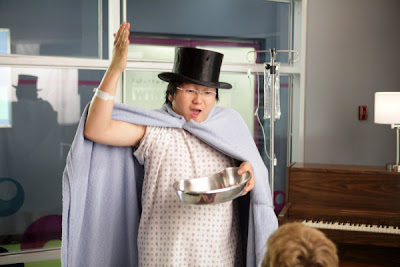 It looks like Heroes could be getting yet another shot at redemption. According to The Hollywood Reporter, NBC is expected to order a 13-episode “final season” of the struggling superhero drama.

Honesty time: If I hadn’t been writing weekly Heroes recaps for Broken Frontier, I probably would have abandoned this series about midway through the third season. Had I done that, I would have missed out on a few cool moments peppered throughout season four, but I also would have spared myself the aggravation of some bizarre storylines and nonsensical character progression that rendered the series unwatchable at times.

If creator Tim Kring and the gang are really going through with 13 more episodes of Heroes—which might actually be kind of cool since last season ended with “specials” entering the public eye—let’s hope they’re serious about it.
Posted at 11:33 PM
Email ThisBlogThis!Share to TwitterShare to FacebookShare to Pinterest
Labels: Broken Frontier, Heroes, NBC, Tim Kring