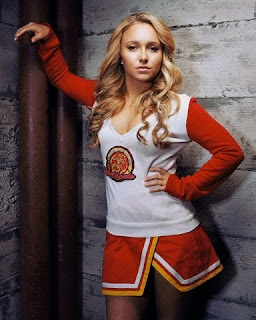 Cancellation or mercy killing? According to The Hollywood Reporter, NBC won’t be bringing Heroes back for a fifth season due to its high budget and low ratings.

Last month, NBC was reportedly toying with the idea of ordering a 13-episode final season of the struggling superhero series, but the network apparently wasn’t interested in giving Heroes yet another chance to redeem itself (this would have been its third).

I wanted to like the fourth (and now final) season of Heroes, since I honestly believe the writers were making an effort to get this show back on track. Unfortunately, the season’s increasingly unfocused narratives and downright frustrating plot twists made it unwatchable at times. Hell, not even a much-advertised girl-on-girl kiss (the ultimate act of prime-time desperation) between Claire Bennet (Hayden Panetierre) and her college roommate could lure back Heroes’ formerly sizable viewership.

Sources told THR that the series could return for a special or television movie to wrap up all of its loose ends, but Heroes fans (if there are any at this point) probably shouldn’t hold their breath.
Posted at 3:29 PM
Email ThisBlogThis!Share to TwitterShare to FacebookShare to Pinterest
Labels: Hayden Panettiere, Heroes, NBC