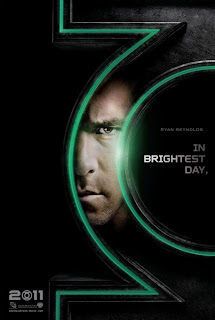 Allow me to join the legions of comic book geeks who were very, very impressed with Paramount’s Super Bowl ads for Thor and Captain America this past Sunday. The commercial for Joe Johnston’s adaptation of Marvel’s star-spangled Avenger was suitably badass—with our first look at Hugo Weaving in full makeup as the villainous Red Skull—while the spot for Kenneth Branagh’s Thor proved (to me at least) that the film will strike the proper balance between high fantasy and tongue-in-cheek comedy. The latter ad also featured the gorgeous Natalie Portman (as Jane Foster) fairly prominently, and with good reason.

As a matter of fact, after seeing her recent performances in Black Swan and the surprisingly funny No Strings Attached, I’d like to propose that Ms. Portman get at least 30 minutes of screen time in all films moving forward. Can you get on that, Hollywood? Thanks.

My nerdy crush aside (sigh), the reason I’m posting this blog—aside from the fact that it’s been nearly a week since I’ve written anything on here—is that I found the lack of any Super Bowl advertising for Warner Bros.’ Green Lantern a tad bizarre, especially since Hal Jordan’s big-screen debut is going to be a much harder sell at the box office than Marvel Studios’ follow-ups to the critically and commercially successful Iron Man 2.

Let’s be honest: The initial trailer for Martin Campbell’s Green Lantern was pretty terrible…embarrassing even. Between the dodgy CGI and the odd design choices on the suit, audiences’ first look at the first installment of a potential franchise did little to instill confidence in hardcore (or even casual) fans of the character. As such, Warner Bros. really needed to use the massive stage of Super Bowl XLV to prove to devotees—and everyone else—that the studio doesn’t have another Jonah Hex on its hands. It didn’t, and Geoff Johns surely wept.

I'm among the "hardcore fans" you cite. And I say fiddlesticks.

True, but few are as hardcore as some of the NYCC attendees at last year's Green Lantern panel. ::Shudder::