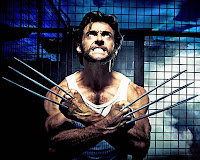 And things were looking so good for The Wolverine, Fox’s sequel to its 2009 suckfect X-Men Origins: Wolverine. With star Hugh Jackman’s admission that its predecessor didn’t live up to its potential and the attachment of celebrated director Darren Aronofsky (The Wrestler, Black Swan), it seemed as though fans would finally be getting a proper solo film outing for their favorite cantankerous clawed Canuck. Well, those same fans were probably none too happy that Aronofsky has left the project, according to The Hollywood Reporter.

“As I talked more about the film with my collaborators at Fox, it became clear that the production of The Wolverine would keep me out of the country for almost a year,” Aronofsky said in a joint statement with Fox. “I was not comfortable being away from my family for that length of time. I am sad that I won't be able to see the project through, as it is a terrific script and I was very much looking forward to working with my friend, Hugh Jackman, again.”

And what did Fox have to say about Aronofksy’s departure?

“Hugh Jackman and Fox both remain fully committed to making The Wolverine,” the studio affirmed. “We will regroup and move forward aggressively.”

The thing is, as the studio has proved with its last two X-Men films (the jury’s still out on the upcoming X-Men: First Class), it’s great at “aggressively” moving forward…in the wrong direction.
Posted at 2:53 PM
Email ThisBlogThis!Share to TwitterShare to FacebookShare to Pinterest
Labels: Darren Aronofsky, The Wolverine, X-Men