Principal Photography Begins on 'The Hobbit' 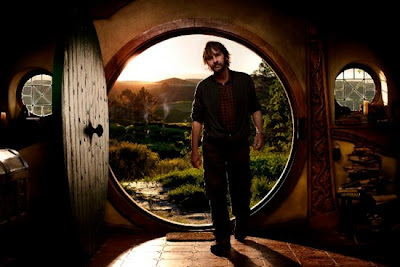 Furthermore, as I learned on /Film, Jackson will be keeping fans updated throughout the production with an official Facebook page, featuring news and photos from the set (including the one posted above). Check out and “Like” this page on Facebook by clicking here.

In other Lord of the Rings news, we’re getting a monstrous Blu-ray boxed set of the Extended Edition trilogy on June 28. For more on that, head over to Topless Robot.
Posted at 8:50 PM
Email ThisBlogThis!Share to TwitterShare to FacebookShare to Pinterest
Labels: Lord of the Rings, Peter Jackson, The Hobbit