‘Green Lantern’ Gets an Extra $9 Million to Fix Effects 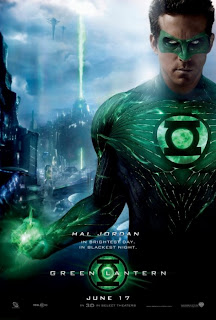 So, you know how the Green Lantern trailers we’ve been seeing make the film look like a video game cutscene…from like 10 years ago? Well, as reported by Variety, Warner Bros. has taken notice, funneling an additional $9 million to the production to beef up the CGI before the film’s June 17 release date.

Now, this doesn’t necessarily mean that Green Lantern is going to suck entirely, but it seems to me as though the studio’s confidence in the Martin Campbell-helmed project might be waning as the release date approaches. We learned a few weeks back that Warner Bros. plans on expanding the cinematic DC Universe as Marvel Studios has done with its properties, and a misstep at this point would hurt the chances of other DC films getting the green light. Green Lantern needs to do well, and based on what we’ve seen so far, June 17 could be more of a Blackest Night than a Brightest Day for fans of the character.

Variety notes that this last-minute scurrying is typical of many big budget special effects-heavy films as of late, and this summer’s Captain America: The First Avenger and Transformers 3: The Dark of the Moon have faced similar production crunches.

“There is no problem on Green Lantern,” he said. “We try to add things to make the movie better until the 11th hour. That doesn’t mean we're risking the movie up to the 11th hour.”