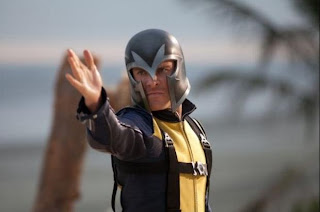 To be honest, I went into Matthew Vaughn’s X-Men: First Class expecting a trainwreck on the same level as X-Men: The Last Stand and X-Men Origins: Wolverine. Yeah, I’d heard the positive early reviews, but I had a really difficult time convincing myself that Fox had somehow turned this creatively troubled franchise around with a crowded prequel set during the Cuban Missile Crisis.

Seeing as how Fox’s X-Men series just got a lot better, I was pleased to learn that Bryan Singer—who directed the first two films and produced First Class—is already talking about a sequel that will similarly involve real historical events.

“I don’t know if every movie has to be a history lesson. But there’s a lot of history to cover. If we sequelized this, it could inhabit a whole world of the 20th century,” Singer told the Los Angeles Times. “When [First Class] happened, Kennedy had not been assassinated and the Vietnam War hadn’t happened yet.”

He continued, “What’s really interesting about the ‘60s setting is the civil rights movement.”

This would be an interesting direction for a First Class sequel, especially given the prevalent theme of tolerance and coexistence in the X-Men mythology.