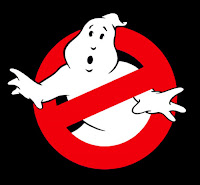 Mr. Dan Aykroyd, you’ve accomplished many things. You’ve been in some of the biggest comedies of all time—Caddyshack 2 notwithstanding—and you’ve used your celebrity to launch a pretty good brand of vodka with an aesthetically pleasing bottle. However, your fascination with making Ghostbusters 3 with or without the involvement of Peter Venkman himself, Bill Murray, is a bit troubling.

In a recent interview on The Dennis Miller Show, Aykroyd said that the plan is to start shooting next spring whether or not Murray finally agrees to participate.

“Yes, we will be doing the movie and hopefully with Mr. Murray,” the actor said. “That is our hope. We have an excellent script. What we have to remember is that Ghostbusters is bigger than any one component, although Billy was absolutely the lead and contributive to it in a massive way, as was the director and Harold [Ramis], myself and Sigourney [Weaver]. The concept is much larger than any individual role and the premise of Ghostbusters 3 is that we get to hand the equipment and the franchise down to new blood.”

You know, I’d love to be excited about this, Ghostbusters fanboy that I am. But come on. One of the reasons why the original Ghostbusters film worked so well was the fact that Peter didn’t really take the ghostbusting thing all that seriously. He counteracted the stoic nerdiness of Egon Spengler (Ramis) and the giddy exuberance of Ray Stanz (Aykroyd). You add in the blue-collar sensibilities of Winston Zeddemore (Ernie Hudson) and you have the perfect team dynamic. Without Peter, things would fall apart pretty quickly, and we’d end up with something a lot worse than Ghostbusters 2.

He went on to say that in the new movie, Ray will be blind in one eye and unable to drive the Ecto-1, while Egon will be too fat to strap on his proton pack. Hilarity will ensue, apparently.

“We need young blood and that’s the premise,” Aykroyd said. “We’re gonna hand it to a new generation.”

Aykroyd wants the new team to include three guys and a young woman. To listen to the whole interview, head over to DennisMillerRadio.com.