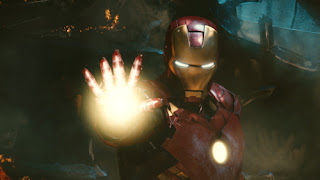 For whatever reason, it’s seemingly impossible for a film studio to churn out a compelling third installment in a superhero franchise. From Superman 3 to Batman Forever to Spider-Man 3, comic book fans typically acknowledge the third installment in a previously successful series as the point at which a combination of studio meddling and creative fatigue reduces formerly compelling protagonists into broad caricatures and, in some cases, even parodies.

Keeping that unfortunate reality in mind, many fans are looking ahead to Iron Man 3 with some trepidation. After all, original director Jon Favreau left the series after the second installment, and many Marvel enthusiasts doubt that new writer/director Shane Black will be able to keep the character of Tony Stark interesting on his own after he teams up with Captain America, Thor, Hulk and the rest of Earth’s Mightiest Heroes in next summer’s The Avengers.

Speaking with the Los Angeles Times’ Hero Complex blog, series star Robert Downey Jr. allayed many fans’ concerns with the future of his character and the series that kick-started the cinematic Marvel Universe back in 2008.

“My sense of it is that we need to leave it all on the field—whatever that means in the end,” Downey said of the film, due out in May 2013. “You can pick several different points of departure for that.”

Downey previously teamed with Black in 2005 for Kiss Kiss Bang Bang, a tongue-in-cheek take on the film noir genre. Black’s other writing credits include Lethal Weapon, Lethal Weapon 2 and The Last Boy Scout.

“He’s more than the sum of his parts and he’s also kind of been a sleeper for a long time,” Downey said of Black. “We’re not talking much about [the script] right now because Shane is off writing and we talked before that and when we are talking again the talking is going to be over pretty quick [because we're on the same page]. It’s kind of like we’re fighting on the same side and at the same time we’re circling each other, so it’s all great. It should be great.”

For the full story, head over to Hero Complex by clicking here.