Damn, I really need to finish this game. A new DLC pack for Batman: Arkham City allows gamers to play as sidekick-turned-badass Nightwing (a.k.a Dick Grayson) in the critically acclaimed title. The download, available Nov. 1, also offers two Nightwing challenge maps and a Batman: The Animated Series skin for the character.

Watch Nightwing beat up the bad guys in spectacular fashion in the trailer below.

Spielberg Talks ‘Indy 4,’ ‘Nuking the Fridge’ and the possibility of another ‘Jurassic Park’ Film

It’s settled then. As much as jaded children of the ‘80s blamed Star Wars mastermind George Lucas for Indiana Jones’ refrigerator-aided escape from a nuclear explosion in 2008’s Indiana Jones and the Kingdom of the Crystal Skull, director and longtime Lucas collaborator Steven Spielberg claims full responsibility for the ill-received sequence.

“Blame me. Don't blame George,” Spielberg said in a recent interview with Empire. “That was my silly idea. People stopped saying ‘jump the shark.’ They now say, ‘nuked the fridge.’ I'm proud of that. I'm glad I was able to bring that into popular culture."

What Spielberg isn’t necessarily proud of was the inclusion of aliens (or “inter-dimensional beings”) at the core of the story. The director seems to side with critics and fans who don’t think extraterrestrials belong in the Indiana Jones series.

“I didn't want these things to be either aliens or inter-dimensional beings,” Spielberg admitted. “But I am loyal to my best friend. When he writes a story he believes in—even if I don’t believe in it—I’m going to shoot the movie the way George [envisioned] it.”

But what about Jurassic Park 4, a film that has been talked about for the better part of the last decade? Spielberg claims we could be seeing his dinosaurs wreck havoc once again in the near future.

“The screenplay is being written right now by Mark Protosevich,” he said. “I’m hoping that will come out in the next couple of years. We have a good story. We have a better story for four than we had for three...”

‘Transformers 4’ on the Way? 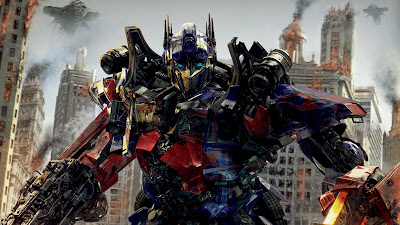 Wait, what? Didn’t Michael Bay say everything he had to say about robots fighting other robots in Transformers: Dark of the Moon? Well, according to The Hollywood Reporter, Optimus Prime, Bumblebee and the rest of the gang might be transforming and rolling out in yet another installment in the blockbuster series.

Reportedly, Hasbro CEO Brian Goldner is in talks with Bay, studio partner Paramount and franchise executive producer Steven Spielberg about a fourth Transformers film. Now, even though thought Dark of the Moon was pretty good for what it was—mindless metal-on-metal explosion porn—I think we’ve reached our quota on Transformers movies for at least the next decade. Then again, there are tickets and toys to be sold, so it’s not like I’m all that surprised that Hasbro is pushing to continue the series.

Other Hasbro films in the works include Micronauts, Ouija, Candyland, Risk, Stretch Armstrong, Clue and Monopoly. And to think, some people believe that cinema is dying!
Posted at 8:45 PM No comments:
Email ThisBlogThis!Share to TwitterShare to FacebookShare to Pinterest
Labels: Hasbro, Michael Bay, Steven Spielberg, Transformers

‘Thor 2’ to be Directed by…Patty Jenkins? 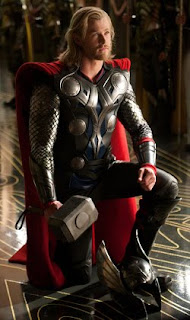 Marvel Studios has confirmed that Thor 2—set for release on Nov. 15, 2013—will be directed by Patty Jenkins. Is this good news? Honestly, I don’t even know. According to a posting on Marvel.com, Jenkins directed Charlize Theron in Monster, and helmed episodes of Entourage and Arrested Development. So there you go.

I’m disappointed that Kenneth Branagh won’t be returning for the sequel, as I thought he gave the Asgard sequences in the first film a near-Shakespearian level of gravitas (which was no surprise given his background). Still, Jenkins has a fairly diverse resume, and might very well be a good fit to bring us the further cinematic adventures of Marvel’s God of Thunder.

To read the full announcement, head over to Marvel.com.
Posted at 8:26 PM No comments:
Email ThisBlogThis!Share to TwitterShare to FacebookShare to Pinterest
Labels: Patty Jenkins, Thor 2

Well, I am! And I’ll be tweeting updates and photos from the show floor. Follow me on Twitter (@James_Wortman) to join me in basking in the nerdiness of the East Coast’s preeminent pop culture extravaganza.
Posted at 1:21 AM No comments:
Email ThisBlogThis!Share to TwitterShare to FacebookShare to Pinterest
Labels: New York Comic Con

I’m Still Geeking Out About the ‘Avengers’ Trailer!

It’s been two days since I saw it for the first time, but since I’m going to be spending my weekend wandering the halls of the Javits Center for New York Comic Con 2011, I figured I’d give the new trailer for Marvel’s The Avengers another look and…wowza.

I was really hoping director Joss Whedon would capture the group dynamic between Captain America (Chris Evans), Thor (Chris Hemsworth), Iron Man (Robert Downey Jr.) and Bruce Banner (Mark Ruffalo), and the banter here in the trailer—most of which involves Downey—is a lot of fun. I wasn’t sure how necessary it was for Scarlett Johansson to reprise her relatively minor role of Black Widow from Iron Man 2, but then I saw her back in that outfit. Yeah, this makes perfect sense.

Plotwise, we get some glimpses of Loki (Tom Hiddleston) being menacing, but I really can’t wait to see the Skrulls in action. For now, this awesome trailer will have to suffice.

Posted at 1:08 AM No comments:
Email ThisBlogThis!Share to TwitterShare to FacebookShare to Pinterest
Labels: Marvel, The Avengers

Trailer for ‘Marvel’s The Avengers’ Hits iTunes on Oct. 11 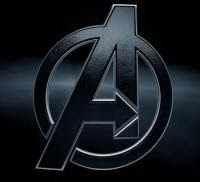 Gearing up for the fanboy frenzy of New York Comic Con next weekend, Marvel.com has announced that the full-length trailer for Marvel’s The Avengers—yes, that’s evidently the official title now—will arrive on iTunes Trailers next Tuesday, Oct. 11.

Will I be there? Hell, does Thanos fear Squirrel Girl? See you at the Javits Center, True Believers!

Marvel’s The Avengers arrives in theaters on May 4, 2012.
Posted at 9:02 PM No comments:
Email ThisBlogThis!Share to TwitterShare to FacebookShare to Pinterest
Labels: NYCC 2011, The Avengers

Spoiler Alert! ‘Arkham City’ Will Be Off the Chain!

I tend not to get all that worked up about video games these days, mainly because I never really have time to play them. However, after watching this extended preview of Batman: Arkham City (via MrKQgaming on YouTube), I might need to clear my schedule when Rocksteady’s Arkham Asylum sequel hits shelves on Oct. 18.

Looking back on the parade of terrible Caped Crusader-based video games released over the last two decades, did we ever anticipate that a developer could get things this right? And twice in a row by the looks of it? Holy turnaround, Batman!

Speaking of Batman, now’s as good a time as any to heap praise on DC’s rebooted Detective Comics series—among the best of the publisher’s “New 52” relaunch. Not that I have anything against Dick Grayson, but it’s great to have Bruce Wayne back in the cowl. Plus, Tony S. Daniel is weaving a particularly twisted tale that involves cutting people’s faces off. Just sayin’.

Anyway, check out this preview of Arkham City, and be sure to pick your jaw up off the floor when you’re finished. 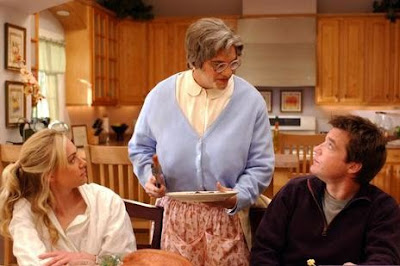 Well, this news is even more satisfying than a banger in the mouth! A film continuation of Fox’s Arrested Development—a brilliant series that was canceled far too soon—has been rumored and speculated upon by fans since the final episode aired in early 2006. However, those same fans (myself included) were delighted to learn just days ago that not only is an Arrested Development feature film in the works, but entirely new episodes leading up to the film’s release.

As reported by The New York Times, series creator Mitchell Hurwitz made this highly anticipated announcement at a New Yorker Festival event that reunited Hurwitz with Arrested Development cast members, including Jason Bateman, Will Arnett and Michael Cera. Despite out-of-hand rumors that Cera was the sole holdout, all of our favorite members of the Bluth clan will be returning.

“There’s business left to be done, but creatively we are all on board and have a very specific plan about how it would come out and what we would do and when we would shoot it,” said Bateman of the film. “I think we’re targeting next summer to shoot it.”

Hurwitz added, “Perhaps the series is in the fall. This isn’t my decision.”
Posted at 8:02 PM No comments:
Email ThisBlogThis!Share to TwitterShare to FacebookShare to Pinterest
Labels: Arrested Development
Newer Posts Older Posts Home
Subscribe to: Posts (Atom)