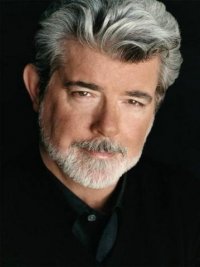 “I’m retiring,” Lucas told the Times. “I’m moving away from the business, from the company, from all this kind of stuff.”

Although he’s given himself an “out” clause should a fifth Indiana Jones film go into production, the 67-year-old visual effects pioneer has vowed that his self-funded and distributed World War II Tuskegee Airmen biopic will be his last major blockbuster.

Directed by Anthony Hemingway (The Wire), Red Tails has been a story Lucas has wanted to tell for the last 23 years. Although one might think that someone with the money-making pedigree and industry clout of Lucas would have no difficulty in getting a World War II epic in theaters, but the film’s predominantly black cast reportedly made the studios nervous, with a majority of their profits coming from overseas.

Now that Red Tails is released, Lucas will concentrate on smaller, more personal projects—something he has tried to do for years.

“Once this is finished, he’s done everything he’s ever wanted to do,” said Rick McCallum, who collaborated with Lucas as a producer on the Star Wars prequels as well as Indiana Jones and the Kingdom of the Crystal Skull. “He will have completed his task as a man and a filmmaker.”

The Times piece is a great read, going into detail on the production of Red Tails as well as how Lucas deals with fan criticism over the alterations he’s made to the Star Wars films over the years. Check it out by clicking here.
Posted at 4:07 PM
Email ThisBlogThis!Share to TwitterShare to FacebookShare to Pinterest