‘G.I. Joe: Retaliation’ Continues to Surprise Us All

As cool as Marvel’s The Avengers and The Dark Knight Rises will probably be this summer, it’s getting harder and harder to ignore just how awesome G.I. Joe: Retaliation is looking as we near its June 29 release date. Now, I was notoriously easy on its predecessor, G.I. Joe: The Rise of Cobra, when it was released in 2009, but a lot of my enjoyment of that Stephen Sommers schlockfest came from its aggressive determination to be as loud and as gloriously dumb as possible. Hell, the formula worked for Hasbro’s other big toy-to-movie franchise, Transformers.

This time around, however, director Jon Chu actually looks like he’s interested in telling a good story with these characters. And yes, this is the guy that directed the Justin Bieber documentary that hit theaters last year.

Check out the latest international trailer below.

Posted at 1:26 AM No comments:
Email ThisBlogThis!Share to TwitterShare to FacebookShare to Pinterest
Labels: Bruce Willis, G.I. Joe, The Rock, Transformers

This Honey Badger Keeps Me Stable

With a hectic schedule and a career that requires me to travel every week, sanity often comes in small doses. Sometimes it’s a conversation with a friend, sometimes it’s an episode of Game of Thrones and sometimes it’s a brief play session of Mass Effect 3. This week, however, solace comes in the form of “The Crazy Nastyass Honey Badger.” Apparently I’m the last person on the internet to learn about this video, but screw you guys, I’ve been busy.

If you haven’t checked out this clip, no description I can provide can do it justice. Watch it below (via czg123 on YouTube).

Posted at 12:37 AM No comments:
Email ThisBlogThis!Share to TwitterShare to FacebookShare to Pinterest
Labels: Game of Thrones, honey badger, Mass Effect 3, YouTube 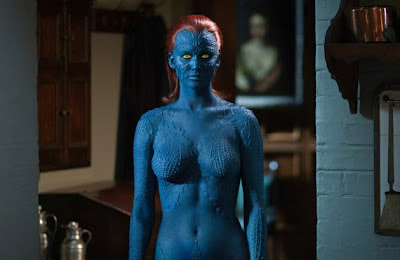 She was relatively unknown to mainstream audiences when she donned the blue body paint as Mystique in last summer’s X-Men: First Class, but after The Hunger Games took the moviegoing world by storm last month, Jennifer Lawrence is in high demand.

Because the Oscar-nominated actress will be shooting Hunger Games sequel Catching Fire in the fall, 20th Century Fox – the studio behind the X-Men movie franchise – has agreed to hold off on shooting the next X-Men film until next January. According to The Hollywood Reporter, Lionsgate originally wanted to “hold” all Catching Fire actors for seven months, however critics of that demand – including Fox – convinced the studio to change its mind. 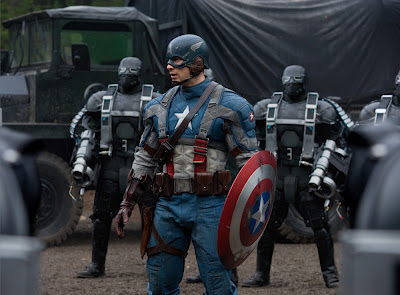 We’re all eagerly awaiting the release of Marvel’s The Avengers on May 4, but that doesn’t mean we can’t start getting ourselves hyped for the further adventures of Earth’s Mightiest Heroes in the years ahead. As reported by Deadline.com, Disney has confirmed that a sequel to Captain America: The First Avenger will hit theaters on April 4, 2014.

Although details are scarce at this point, the film is said to focus on Steve Rogers (Chris Evans) continuing his affiliation with Nick Fury’s S.H.I.E.L.D. and coping with contemporary life.