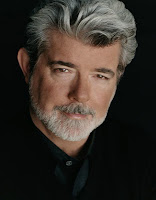 In a press release this week, Lucasfilm Ltd. Announced that George Lucas is moving forward with retirement plans, with [Steven Spielberg’s longtime producing partner] Kathleen Kennedy becoming co-chair of Lucasfilm. The Star Wars mastermind will continue to serve as fellow co-chair while Kennedy acclimates herself to this role, and will continue as CEO of the company. Micheline Chau will remain as president and COO of Lucasfilm, and, according to the release, will “continue to focus on the day-to-day operations of the business.”


What does this mean for Lucas? Freed up from corporate responsibilities, he would have time to helm those smaller and more personal films he’s always wanted to make. Lucas said as much in a recent interview with Empire, stating the following:

“I’m moving away from the company, I’m moving away from all my businesses, I’m finishing all my obligations and I’m going to retire to my garage with my saw and hammer and build hobby movies. I’ve always wanted to make movies that were more experimental in nature, and not have to worry about them showing in movie theatres.”

For more on this story, head over to /Film.
Posted at 6:19 PM
Email ThisBlogThis!Share to TwitterShare to FacebookShare to Pinterest
Labels: George Lucas, Lucasfilm, Star Wars