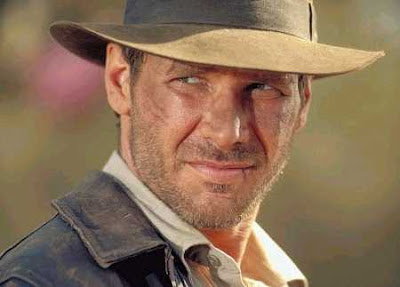 Acclaimed producer and longtime Steven Spielberg collaborator Frank Marshall has all but confirmed that a fifth film in the Indiana Jones franchise isn’t in the cards.

“I say, for me, [Kingdom of the Crystal Skull is] the last hurrah,” Marshall told Collider.com. “I know that yes, we talk about it, but there’s no idea, there’s no MacGuffin.”

For the uninitiated, a MacGuffin is a plot device that motivates the protagonist. In the case of the Indiana Jones series, the MacGuffin is an artifact Indy must find or recover, represented in previous installments as the Ark of the Covenant, the Sankara Stones, the Holy Grail and, finally, a Crystal Skull. Since there’s no concrete idea for a fifth installment, and with franchise creator George Lucas announcing recently that he was done with Lucasfilm—naming Marshall’s wife Kathleen Kennedy as his successor—it doesn’t look like we’ll be seeing Harrison Ford don his trademark fedora onscreen ever again. And based on how Crystal Skull turned out, this is awesome news.