‘Avengers’ Sequel Gets a Release Date 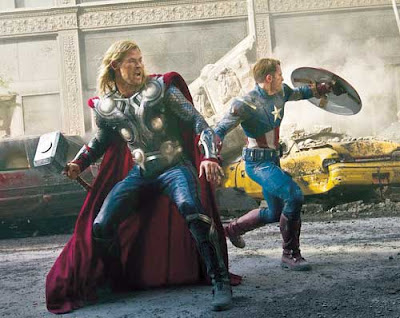 Marvel.com has confirmed that the Joss Whedon-helmed sequel to this summer’s blockbuster smash, Marvel’s The Avengers, will be hitting theaters on May 1, 2015.

The website also stated the following in the announcement:


“In addition to the Marvel's The Avengers sequel, Marvel Studios will release a slate of films based on the Marvel characters including Iron Man 3 on May 3, 2013; Thor: The Dark World on November 8, 2013; Captain America: The Winter Soldier on April 4, 2014; Guardians of the Galaxy on August 1, 2014; and Ant-Man.”

Looks like lots of cool Marvel Studios goodness is on the horizon. For more info on Marvel Studios’ upcoming crop of films, head over to Marvel.com.
Posted at 4:07 PM
Email ThisBlogThis!Share to TwitterShare to FacebookShare to Pinterest
Labels: Ant-Man, Captain America, Guardians of the Galaxy, Iron Man, Joss Whedon, Marvel Studios, The Avengers, Thor