‘Ghostbusters 3’ to Enter Production Within the Year? 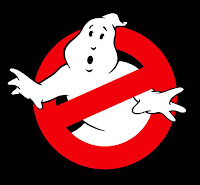 In yet another vague update on the status of Ghostbusters 3, Dan Aykroyd recently told Metro that the film is indeed moving forward and that Bill Murray will not be involved at all.

“It’s sad but we're passing it on to a new generation,” Aykroyd said of Murray’s refusal to participate in a second Ghostbusters sequel. “Ghostbusters 3 can be a successful movie without Bill. My preference would be to have him involved but at this point he doesn’t seem to be coming and we have to move on. It’s time to make the third one.”

Says Aykroyd the film has a new screenwriter and could be in production “in the next year.”

Mr. Aykroyd, with all due respect, I’m NOT ready to believe you.

For the full story, click here.
Posted at 1:09 AM
Email ThisBlogThis!Share to TwitterShare to FacebookShare to Pinterest
Labels: Bill Murray, Dan Aykroyd, Ghostbusters 3