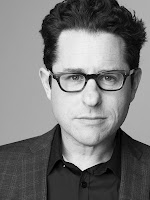 “I’ve consistently been impressed with J.J. as a filmmaker and storyteller,” George Lucas said. “He’s an ideal choice to direct the new Star Wars film and the legacy couldn’t be in better hands.”

Even though the Lost creator was initially hesitant about being a part of Disney’s resurrection of the Star Wars film franchise, Abrams is now clearly excited about the prospect of playing in Lucas’ sandbox.

“To be a part of the next chapter of the Star Wars saga, to collaborate with [new Lucasfilm head] Kathy Kennedy and this remarkable group of people, is an absolute honor," J.J. Abrams said. “I may be even more grateful to George Lucas now than I was as a kid.”

Well, it looks like a Chewbacca vs. Worf Steel Cage Match isn’t as far-fetched as it was a week ago.

Star Trek director J.J. Abrams has been tapped to helm Star Wars Episode VII, Deadline.com reports. Despite Abrams’ prior admission that he would like to instead experience Disney’s continuation of the iconic space saga as a fan, the Lost creator will take audiences to George Lucas’ “galaxy far, far away” in the summer of 2015.

Since Abrams’ Star Trek was the best Star Wars film in more than two decades, I couldn’t be happier that he’s in the director’s chair for Episode VII. This will mark the first time that a lifelong Star Wars fan will direct a live-action Star Wars film, and it will be interesting to see someone with Abrams’ talents pick up where Lucas left off.

‘Gremlins’ Reboot Reportedly in the Works 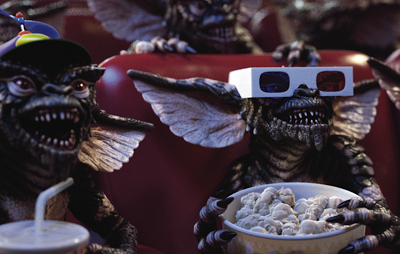 You know how the internet loses its mind whenever a studio considers rebooting something from the 1980s? That happened again this past week when Vulture reported that Warner Bros. was pondering a reboot/remake/revamp/re-whatever of Gremlins, its quirky 1984 film about mischievous green monsters running amok in a bucolic Norman Rockwell-esque town during Christmas.

Revisiting the premise seems like a no-brainer from a marketing standpoint. It’s not like the main character Gizmo — a doe-eyed, big-eared furry little creature that speaks in infant-like coos — hasn’t been merchandized ad nauseum over the past three decades. Heck, you can find plush Gizmos alongside action figures of his slimy, sharp-toothed co-stars on Toys “R” Us shelves as I type this. A brand-new film opens the floodgates for an even broader selection of consumer products, and that makes perfect sense to me. Filmmaking is a business, after all.

Yet, I should point out that although Warner Bros. is speaking with Amblin Entertainment head Steven Spielberg — who produced the original film and its sequel—it has yet to be revealed whether director Joe Dante has been included in any of these discussions. Dante brought the proper comedic sensibilities to the original Gremlins, and his tongue-in-cheek handling of its more madcap follow-up, Gremlins 2: The New Batch, made that film an instant cult classic. Without Dante, a Gremlins reboot would just be yet another goofy monster movie.

And speaking of those monsters, it’s likely Warner Bros. will want to render the title characters digitally in lieu of the original films’ gruesomely detailed puppets. Sure, the original films were limited by the technology at the time, but CGI gremlins would be about as appealing as CGI Muppets. And if Warner Bros. even thinks about giving us a CGI Phoebe Cates in their Gremlins remake, I will anger-blog them SO HARD. 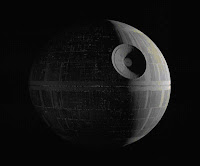 If you ever wanted to know U.S. President Barack Obama’s stance on moon-sized superlaser-equipped space stations, a new letter from the White House’s Science and Space Branch confirms that the Obama administration “does not support blowing up planets.”

The cheeky write-up, titled “The Isn’t the Petition Response You’re Looking For,” is in reaction to a petition calling on the construction of a Death Star for the purposes of job creation and national defense. Ewoks and Alderaanians, it seems, can rest easy for now.

In addition to affirming the administration’s staunch opposition to orbital superweapons, the letter notes that “construction of the Death Star has been estimated to cost more than $850,000,000,000,000,000. We're working hard to reduce the deficit, not expand it.” The document also poses a question that would make Grand Moff Tarkin blush: “Why would we spend countless taxpayer dollars on a Death Star with a fundamental flaw that can be exploited by a one-man starship?” 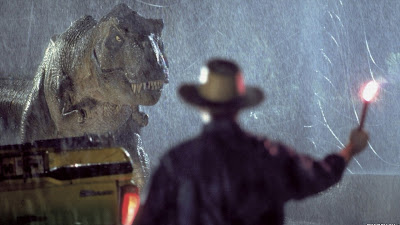 Jurassic Park’s 3D re-release this spring won’t be the last time we’ll get to see Steven Spielberg’s genetically-engineered dinosaurs on the big screen. Variety reports that Spielberg will produce a fourth Jurassic Park film, which will be penned by Rise of the Planet of the Apes scribes Rick Jaffa and Amanda Silver.

The sequel’s tentative release date is June 13, 2014, which means that Universal Pictures will be hard-pressed to resurrect the presumably extinct franchise in a very short period of time. No director is attached at the moment, but let’s all cross our fingers that Spielberg returns to the director’s chair. After all, it’s not like he’s going to be tied up with a sequel to Lincoln or anything. 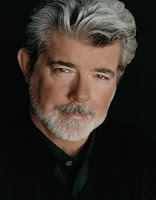 Lucas’ previous wife was film editor Marcia Lucas, with whom he was married from 1969 to 1983. George and Marcia have three children together: Amanda, Katie and Jett.

Does ‘Django Unchained’ Live Up to the Hype? 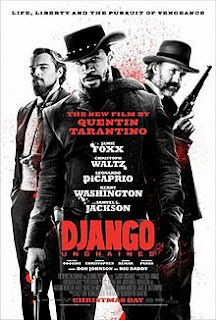 Happy New Year, Wortmaniacs! I hope that 2013 brings you joy, success and everything in between. But before we dive into the next calendar year with unbridled hope that will inevitably transform into debilitating disappointment by next December, I’d like to talk about one of the best films of 2012: Quentin Tarantino’s Spaghetti Western homage, Django Unchained.

I went into the controversial director’s racially-charged pre-Civil War revenge film with some trepidation — namely because I wasn’t convinced Tarantino would be able to craft a worthy follow-up to his Nazi-eviscerating World War II epic, Inglourious Basterds. Those concerns were assuaged mere moments into my viewing of Django Unchained, which follows a freed slave named Django (Jamie Foxx) who joins forces with a bounty hunter (Christoph Waltz) to free his wife from the clutches of a slimy plantation owner (Leonardo DiCaprio). Sharp writing, excellent performances and an eclectic soundtrack featuring everything from traditional western themes to Rick Ross to James Brown combine to make Django Unchained the best moviegoing experience this winter that doesn’t involve wizards or Anne Hathaway.

Is Django Unchained violent? Hilariously so. However, complaining about over-the-top blood and gore in a Tarantino movie is akin to critiquing beer for making the opposite sex more attractive. If you’re into Tarantino’s previous films, there’s no reason you won’t enjoy Django Unchained. Go see it.
Posted at 10:57 PM
Email ThisBlogThis!Share to TwitterShare to FacebookShare to Pinterest
Labels: Django Unchained, Inglourious Basterds, Quentin, Tarantino
Newer Posts Older Posts Home
Subscribe to: Posts (Atom)