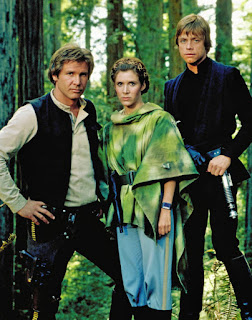 “We had already signed Mark and Carrie and Harrison — or we were pretty much in final stages of negotiation,” the Star Wars creator told Bloomberg Businessweek, referring to the status of the sequel films when Disney purchased Lucasfilm for $4 billion last year. “Maybe I’m not supposed to say that. I think they want to announce that with some big whoop-de-do, but we were negotiating with them.”

Well, there you have it. Although we can hardly take Mr. Lucas’ statement as 100 percent confirmation — that will likely come in the form of the aforementioned “whoop-de-do” — but it seems that all of those rumors of the original cast’s involvement in the new Star Wars films have finally been substantiated.