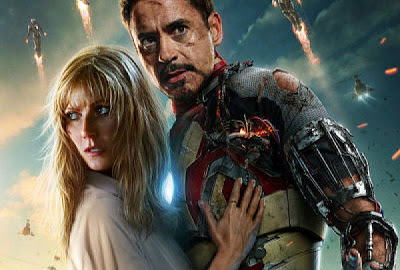 Debuting in 4,253 North American theaters, Iron Man 3 raked in $175.3 million this weekend, earning the No. 2 biggest domestic opening of all time behind Marvel’s The Avengers, according to The Hollywood Reporter. Worldwide, the Shane Black-helmed threequel has grossed more than $680 million thus far and continues to shatter records from Southeast Asia to the Netherlands. It’s definitely putting up “Iron Man numbers” despite some mixed reviews from fans and critics alike.

What does this mean for the franchise? One could assume that Disney executives are rethinking any and all plans they might have had to end the Iron Man series of solo films and, if they haven’t already, will begin courting Robert Downey Jr. to reprise the role of the series’ titular billionaire industrialist-turned-superhero for Iron Man 4. Meanwhile, the pressure’s on Thor: The Dark World and Captain America: The Winter Soldier to keep the monetary momentum going over the next year until Guardians of the Galaxy blasts into theaters next summer.