Why Ben Affleck as Batman Isn't the Worst Thing Ever 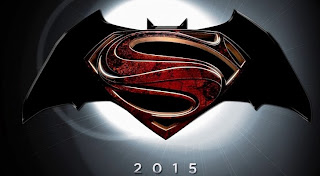 Well, that escalated quickly, didn’t it?

Mere moments after Variety reported that Ben Affleck would be donning the cape and cowl for an as-yet-unnamed 2015 Superman/Batman team-up flick, the Internet was awash in hateful comments as discontented DC fanatics mashed their keyboards and pounded their smart phones in outrage. From lambasting Warner Bros. for their apparently poor grasp of the filmmaking business to snarky Gigli and Daredevil remarks, geeks were quick to criticize the casting choice. Why not spend the dough to lure Christian Bale back to the character or, better yet, choose a less established actor to move this franchise toward Warner Bros.’ inevitable Justice League film? Such questions plagued innumerable comic book fans as they tossed and turned in their beds whiile visions of Armageddon danced in their heads.

This isn’t the first time DC fans have wildly criticized a casting decision at this scale. Hell, about a decade before Heath Ledger proved the haters wrong with an Academy Award-winning turn as The Joker in Christopher Nolan’s The Dark Knight, a pre-Internet fanbase cried foul when Warner Bros. cast Michael Keaton as Batman in Tim Burton’s groundbreaking 1989 film. Both times, those critics were proven wrong. Although it’s clearly too early to say whether or not Affleck is the right choice to play Bruce Wayne in the Man of Steel sequel, it also might be too early for us to get bent out of shape about it. Relax, guys. Affleck can be an incredibly talented performer under the right conditions (see Argo, The Town, Hollywoodland or even Chasing Amy for examples).

And to those still asking why Bale isn’t back in the suit, consider that Nolan’s trilogy is a closed story, and that bringing his version of Batman into a world of aliens and red capes doesn’t  make all that much sense. This is a new universe with a new story and, yes, a new Batman.

For the full story from Variety, click here. And to check out my thoughts on Zack Snyder’s Man of Steel, read the review.
Posted at 1:55 PM
Email ThisBlogThis!Share to TwitterShare to FacebookShare to Pinterest
Labels: Batman, Ben Affleck, Christopher Nolan, Man of Steel, The Dark Knight, Zack Snyder
Newer Post Older Post Home