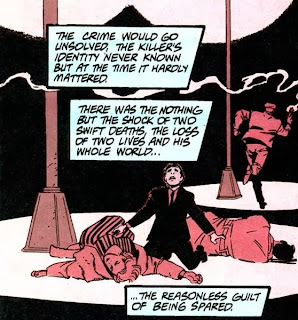 According to casting details on tvshowauditions.info, Fox’s forthcoming Gotham television series will feature a 10-year-old Bruce Wayne as a regular, all but confirming suspicions that the Batman-themed series will not feature The Caped Crusader himself and will be set years before Bruce dons the iconic cape and cowl.

So, in essence, this will be a police procedural starring a young Jim Gordon ridding Gotham’s streets of … well … generic thugs. In most versions of the lore, it’s Batman’s presence that inspires the city’s most psychologically depraved criminals to develop a “taste for the theatrical” and become the iconic Rogue’s Gallery we all know and love. So unless this show deviates dramatically from canon, we shouldn’t expect appearances by Mr. Freeze, Killer Croc, Clayface, The Joker, The Riddler or even Clock King.

Without Batman or his colorful assortment of adversaries, why exactly should we watch this show again? At least with Marvel’s Agents of S.H.I.E.L.D., there’s always a chance Iron Man or Bruce Banner could drop by and say hello to the series regulars. It’s slim, but it’s there.
Posted at 11:27 PM
Email ThisBlogThis!Share to TwitterShare to FacebookShare to Pinterest
Labels: Batman, Gotham