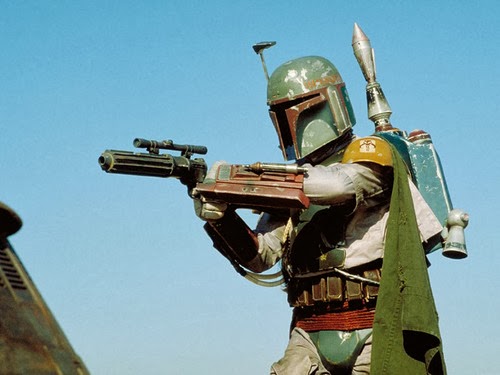 Get some Death Star-sized grains of salt ready. As revealed by Metalocalypse director Jon Schnepp in a recent AMC Movie Talk, Boba Fett looks to be the focal point of Disney’s first Star Wars spinoff film, which will be penned by The Empire Strikes Back scribe Lawrence Kasdan. This has all yet to be announced officially, so keep that in mind.

Even though just about all of the iconic bounty hunter’s mystique was clumsily stripped away in Star Wars Episode II: Attack of the Clones, I think there’s a ton of potential for a Boba Fett solo film as long as it takes things somewhat seriously and somehow makes us forget that he went out like a chump in Return of the Jedi.

Schnepp breaks the news at around the 4:13 mark below. Are you excited, or do you think this is a load of bantha dung?